The World Health Organization (WHO) has released its first report on trans fat elimination.

Intake of trans-fatty acids (TFA) is associated with increased risk of heart attack and death from heart disease. TFA intake is estimated to be responsible for more than half a million deaths from coronary heart disease each year around the world.

Replacing industrially produced TFA with healthier oils and fats is feasible without changing the taste of food or its cost to the consumer.

In May 2018, the World Health Organization (WHO) launched the REPLACE action package to support governments to eliminate industrially produced TFA from the global food supply by 2023. The package calls for replacement of TFA with healthier oils
and fats, to be achieved through policy and regulation, while establishing monitoring systems and creating awareness among policy-makers, industry and the public.

Cardiovascular disease is the leading killer globally, causing more than 18 million
deaths every year. Elimination of industrially produced trans-fatty acids (TFA) is
a target that is within reach and can have large-scale impact in preventing heart
disease.

Half a million people die each year because of TFA in their food.

Just 10 countries make up 80% of the burden in low- and middle-income countries. 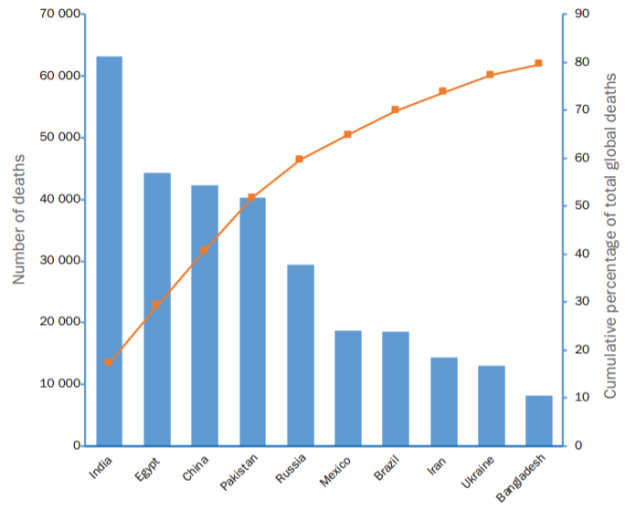 Mandatory TFA limits or bans on partially hydrogenated oils are currently in effect for 2.4 billion people in 28 Member States (31% global population coverage). Since the beginning of 2018, mandatory TFA limits have come into effect in six additional countries and have been passed in 24 additional countries. Some multinational companies have committed, and taken steps, to eliminate industrially produced TFA from global product lines.

Although this progress is encouraging, the vast majority of countries still do not
have policies in place to protect their citizens from the harmful effects of TFA.
Therefore, there is still a long way to go to achieve global elimination by 2023.

WHO also recommends that the following actions be taken by countries to create
a global movement on TFA elimination:

Actions are also required by countries and other concerned stakeholders to ensure that the world is free from industrially produced TFA by 2023.

Link to the new Report:

Link to WHO video on the REPLACE initiative: