Today is World Malaria Day, and this year, the global theme is ‘End Malaria for Good’.

Malaria is a preventable and curable disease transmitted through the bites of female Anopheles mosquitoes.

Among the five parasite species that cause malaria in humans, two pose the greatest threat:

Since 2000, malaria prevention has played an important role in reducing cases and deaths, primarily through the scale up of insecticide-treated nets and indoor spraying with insecticides. 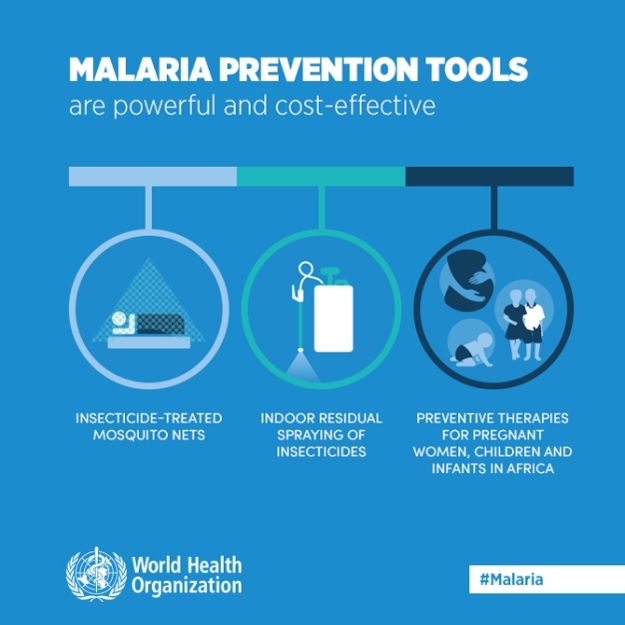 Insecticide Treated Nets (ITNs) are the mainstay of malaria prevention efforts, particularly in sub-Saharan Africa. Long-lasting insecticidal nets (LLINs) are designed to kill mosquitoes for 3 years, after which time they need to be replaced.

WHO recommends LLIN coverage for all people at risk of malaria.

To confer significant community protection, at least 80% of homes in targeted areas should be sprayed. IRS is effective for 3–6 months, depending on the insecticide formulation used and the type of surface that is sprayed.

In areas with high malaria transmission, young children and pregnant women are particularly vulnerable to malaria infection and death. In 2015, more than two thirds (70%) of all malaria deaths occurred among children under 5.

WHO’s Global Technical Strategy for Malaria calls for a 40% reduction in malaria cases and deaths by 2020, compared to 2015 baseline levels. The short-term goals for 2020 are:

Less than half (40) of the world’s 91 countries with malaria transmission are on track to achieve these milestones. 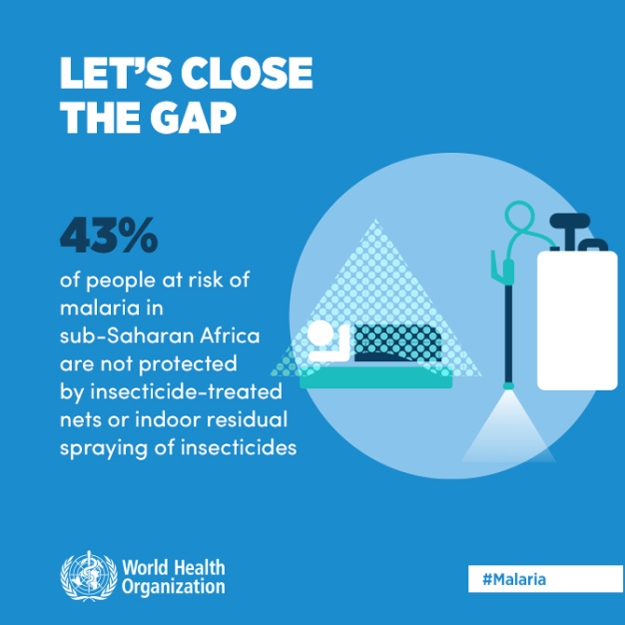 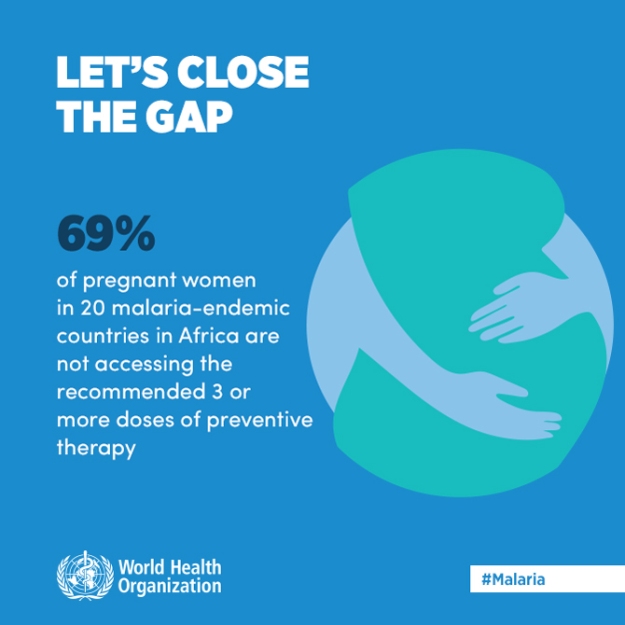 Progress has been particularly slow in low-income countries with a high malaria burden.

To speed progress towards these global targets, WHO is calling on malaria-affected countries and their development partners to boost investments in malaria prevention.

In parallel, the Organization is calling for greater funding for the development, evaluation and deployment of new tools.

Robust investments in malaria prevention and in new tools will propel countries along the path to elimination while also contributing to other Sustainable Development Goals, such as improving maternal and child health.

Link to WHO news release on occasion of World Malaria Day 2017:

Link to summary of the above document (English) [PDF]:

Link to 10 year review of malaria:

Link to summary of the above report (English) [PDF]:

Link to WHO Quiz on Malaria: